I wanted to end the year with a year-end- review but it seems that everyone does that anyway, so if you want to re-hash the good the bad and the ugly for the US in 2010 you’ll have to look elsewhere.  So instead, I thought I would focus on the most recent political news and like so many other news worthy items this one comes from President Obama and his wife Michele, the King and Queen of America.
It is no news to anyone that the US economy has suffered the worst recession since the great depression.  Americans have lost their jobs in record numbers.  As of this post the true unemployment number is teetering on 17%, not the 9.5% the government keeps talking about. Those lucky Americans who still have a job have been forced to cut back, to scrimp and save every penny just to pay the bills.
Read more »
Posted by Unknown at 5:52 PM 5 comments: Links to this post

Death Panels are back and Sarah Palin was right! 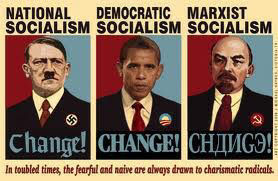 Remember when president Obama was making all of those back room deals with legislators by promising them special favors such as state exemptions and piles of payoff cash for their districts and states if they would support his Obama-Care Health Care Plan? Before I go further let me correct something…it was NOT HIS plan! He did not propose the legislation it was his ultra leftist and communist special interest groups who actually wrote the 2000 plus page monstrosity.

Anyway, as he traveled the halls of Congress trying to drum up support for the Health Care Bill he continued to run into opposition from members of his own party. Too many Democrats were cautious and concerned about how their constituents would respond to the government takeover of health care.

In 1439 a great innovator from Germany named Johannes Gutenberg gave the world the first printed Bible with his revolutionary printing press. Now in 2010 another great innovator Karl-Theodor Gutenberg, conservative German politician and German defense minister is on a campaign to have Berlin honor the late US president Ronald Regan by naming a street or square after him by what would have been his 100th birthday on February 6th.


He told the daily Bild; “I would welcome naming a street after this great honorary citizen and it would be evidence that the gratitude of (the city’s left-wing government) didn’t stop at (leftist student leader) Rudi Dutschke,”

Gutenberg and other conservative German politicians are frustrated that the government has no plans to honor the man whom they believe brought an end to the Soviet Union with his strong stance against communism marked by his famous speech at Berlin’s Brandenburg Gate in 1987 where he said; “Mr. Gorbachev, tear down this wall!” 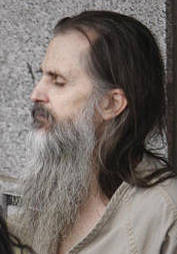 Am I the only person in Utah who isn't surprised that this monster Brian David Mitchell was found guilty of the kidnapping and repeated rape of Elizabeth Smart?  Of course I understand and appreciate the concept that in the US legal system you are innocent until proven guilty, but this trial has never really been about whether or not he kidnapped Elizabeth Smart, instead, it has been about whether or not he is of sound mind.

The defense tried to convince the jury that he was not sane and should therefore not be found guilty of the crime he committed. This is where I have an issue with the legal loopholes in our laws.  I don't believe that anyone who commits this type of crime against another is acting with total mental clarity.  In fact, I believe that anyone who willfully harms another human being unless in self-defense is missing a few marbles.  So to me yes he is out of his gourd.  But does that give him license to commit crime against humanity?  Of course not. He may in fact be a complete loony tune but it doesn't change the fact that he is guilty.

Read more »
Posted by Unknown at 12:17 PM No comments: Links to this post