Reagan or Romeny who is the REAL conservative? 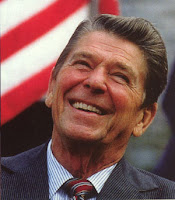 Then he CHANGED. He became a Republican, Low taxes, Pro-Life and Pro right to work.

Why is it that we rally around Ronald Regan as the Conservative Icon (I believe the greatest president in my lifetime), and we are constantly trying to get Democrats to come to our side (like Reagan finally did), yet when Mitt Romney who was NEVER a Democrat comes to our side with much LESS baggage than did Ronald Reagan, that we won't accept that he IS a Conservative Republican? Remember even Reagan struggled or "flip-flopped" with issues while president. Remember his 1986 amnesty bill? Even Reagan said; "it was the biggest mistake" of his presidency. He was by far not perfect, but I believe he was also by far the best president we've had since Lincoln. Anyone who is looking for perfection in the next president needs to realize that Jesus Christ is not on the ballot!

You Santorum and Gingrich supporters have no problem supporting men who are career politicians or who lack moral character (Gingrich, cheating on two wives while condemning Bill Clinton in his 1999 impeachment trial and he profited off of the Freddie Mac financial disaster that contributed to the real estate mess in 2008!).

Santorum has been presented as the "real conservative and man of character" even though he voted to raise taxes and the debt ceiling numerous times, supported the liberal senator Arlen Spector who ran against a conservative Republican, he gave money to Planned Parenthood and voted for TARP and then said in the Arizona GOP debate “sometimes you have to take one for the team". Glenn Beck you are so wrong on your support for Santorum stating that he is the real Conservative in the Republican race.

With so many obvious, in your face facts, yet you cannot accept that Mitt Romney, a man of character, conscience and moral strength is the right man; CONSERVATIVE to represent our party and become the next president. Romney is Pro-Life, Pro Business, (The only candidate with REAL business experience not just academia ideas on how to make things work, but experience of making things work), He understands the struggles of small business and has a defined plan on how to improve the business climate through lower taxes and less regulation, the same thing Regan did when he was elected president.

Romney may be a multi-millionaire but his success should not disqualify him from understanding the plight of the average American, neither should it be held against him as an evil capitalist as both Gingrich and Santorom spued during this campaign.  I for one, am happy when a hard working American succeeds in business.  I don't resent their wealth or status, remember that both Gingrich and Santorum are ALSO wealthier than the average American by a huge margin.  Just because they have not achieved the same success in business as Romney does not give them license to dismiss or condemn his success.  I call that covetous behavior, and if my memory serves me that violates one of the 10 commandments that both of these "religious" men claim to adhere to.

Obama and his handlers are terrified at the prospect of facing Mitt Romney because they know that he is the only Republican presidential candidate who has the ability beat Obama in a general election. Look at how many democrats listened to Rick Santorum’s desperate robo-call during the Michigan primary and voted in its GOP primary. Why do you think democrats voted for Santorum? Do I even need to explain this? Obviously for some, I do. The answer is; “Because they know that Santorum cannot beat Obama but Romney can!”

Let's dispel another media propagandized myth; Mitt Romeny is the " establishment candidate."  What is the establishment?  This is an easy one, even mind dead lemmings can answer this one right.  The establishment is the group of men and women who serve, I mean have made a career of political time in office in either the Republican, Democratic or other political party.  If you are looking for the Republican's "establishment" candidate you have two choices; Newt Gingrich who was part of the establishment for 20 years or Rick Santorum who lasted 16 years in Congress!  Now if you are looking for "establishment" I would say that 16-20 years gets you pretty established!  Compare that with Mitt Romney who served ONE term as Governor of Massachusetts.  He did the same thing George Washington did, he said he served his time and it was time to give someone else the opportunity.  Gingrich and Santorum have gotten a lot of mileage out of the "establishment" idea, and they are both hypocrites for suggesting that a one-term Governor is the establishment candidate.

It is time for all conservative Republican’s to rally around Mitt Romney and give him the support he needs. Or those of you who support Santorum, Gingrich and Paul (sorry I didn’t mention Paul till know, but any intelligent voter knows that he has NO chance of ever winning the presidency), will continue to watch as your candidate loses more and more delegates to Mitt Romney. I laugh when I hear people say "the reason people don't like Mitt Romney..."  Look at the score card dufus!  Who has won the largest share of popular vote and the most delegates?  Yeah, you got it, MIT ROMNEY! It seems to me that most people really do like Mitt Romney.

There is still a place in the party for the others; Ron Paul; Secretary of the Treasury, Newt Gingrich; Secretary of Housing ( his FHLMC experience will come in handy) and Rick Santorum; Surgeon General (He can push any social issues he likes in this position).

Patrick Henry, a great patriot once said; “Give me liberty or give me death.” If we nominate anyone but Romney Obama will be re-elected and our liberty will be gone and well…. None of us want the other option! 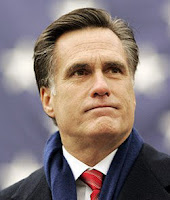 Stop wasting time and energy on the other candidates who will not win the Republican primary.  Its time to come together and rally around the REAL conservative, Romney.

Romney will be our next president and I believe he will also become the new icon for the Conservative movement.
Posted by Unknown at 11:07 AM 3 comments:

How do you write a political letter to family and friends?

With the permission of my friend Clint Nye, I am posting his letter. Clint writes a great letter about the importance of getting involved in the political process.  Many times I've told my friends politics can be ugly and it surely isn't Sunday school, but it is just important because those politicians have the ability to impact our lives with the decisions they make.  That is the main reason that I am politically active; to be a voice in the decisions that affect me and my family. Thanks again Clint for taking the time to express your thoughts so clearly and passionately, we can all learn from your words.  -- Phill


How do you write a political letter to family and friends?  Especially considering I truly do not like politics at any level.  But what I don't like even more is having people I don't know make choices that directly effect me and my family.  Too long I have been one to sit back and accept the choices made in my behalf whether they were right or wrong.  Like many I figured, 'This is Utah.  What does it matter whether I get involved or not?  I'll let others do that for me.  After all, I'm sure their views are identical to mine.  I'm sure they're Mormon.'

In 2010 I decided to try and do something, but I really had no idea where to even begin.  I decided to attend the caucus meetings.  I am embarrassed to admit that I had no clue what they were even about.  I recall every time law and government was taught in any classes I ever took, I became completely disinterested.  I've never cared much for it let alone felt like I have the mental capacity to follow it all.